Shopping Cart
Your Cart is Empty
Quantity:
Subtotal
Taxes
Shipping
Total
There was an error with PayPalClick here to try again

Thank you for your business!You should be receiving an order confirmation from Paypal shortly.Exit Shopping Cart

Ron Gorman, docent for the Oberlin Heritage Center, wrote a blog about the marriage between William Howard Day and Lucie Stanton.  Read the entry here.

This complicated relationship is covered in multiple chapters of my biography about Wm. H. Day,  "Aliened American".  They were both students at Oberlin College, located in the Western Reserve of northeast Ohio.  William, originally from NYC, graduated in 1847, Lucie, from Cleveland, received her degree in 1850. She is the first African American woman to graduate with a literature degree. They both gave commencement addresses at their respective graduations.

After their graduations, William lived and worked in Cleveland while Lucie worked as a principal in Columbus. The two maintained their relationship until William proposed to Lucie in 1852. They married that year and settled in Cleveland.  It was there in Cleveland, 1853, where William began publishing the "Aliened American". Lucie wrote a column in her husband's newspaper.

Their marriage was always troubled. The two suffered the loss of two children after childbirth. In 1856, they suffered financially when William spent much of their money in a lawsuit against the owner of a steamship who refused to sell him tickets to a cabin while crossing Lake Erie on a return trip from Canada. He and Lucie chose to move to Canada West (present-day Ontario) to work on refugee slave settlements.  In Canada, William and Lucie had their first healthy child, a daughter that they named Florence Nightengale.  In 1859, he made the bold choice to leave his wife and daughter to embark on a fundraising tour of Great Britain with the owner of the Buxton Mission, Rev. William King. William's departure in December 1859 was the last (documented) time that he saw his wife and daughter. He returned to the United States in 1864, after President Lincoln's Emancipation Proclamation but before the end of the Civil War.

Read Gorman's article to learn more about the relationship. 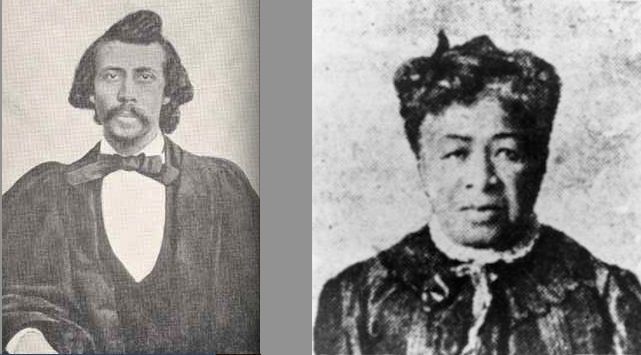 Oops, you forgot something.

The words you entered did not match the given text. Please try again.

Reply essay writing website
10:57 AM on February 17, 2021
Hello there, I found your website bby means of Google at the same
time as searching ffor a related topic, your wweb site came up, it appears good.

I've bookmarked it in my google bookmarks.


Hello there, just turned into alert to your blog through
Google, and found that it is really informative.
I'm going to bbe careful for brussels. I will appreciate if you proceed this in future.
A lot of other people might be benefited out of your writing.
Cheers!
https://sioqiola.medium.com/rush-my-essay-cc719634952a
eseay writging website
essay writing website http://5fb3850d8cd6d.site123.me/blog/5-college-application-essay-
topics-that-always-work

Reply Lisabex
12:21 PM on August 4, 2021
buy prendesone without a prescription